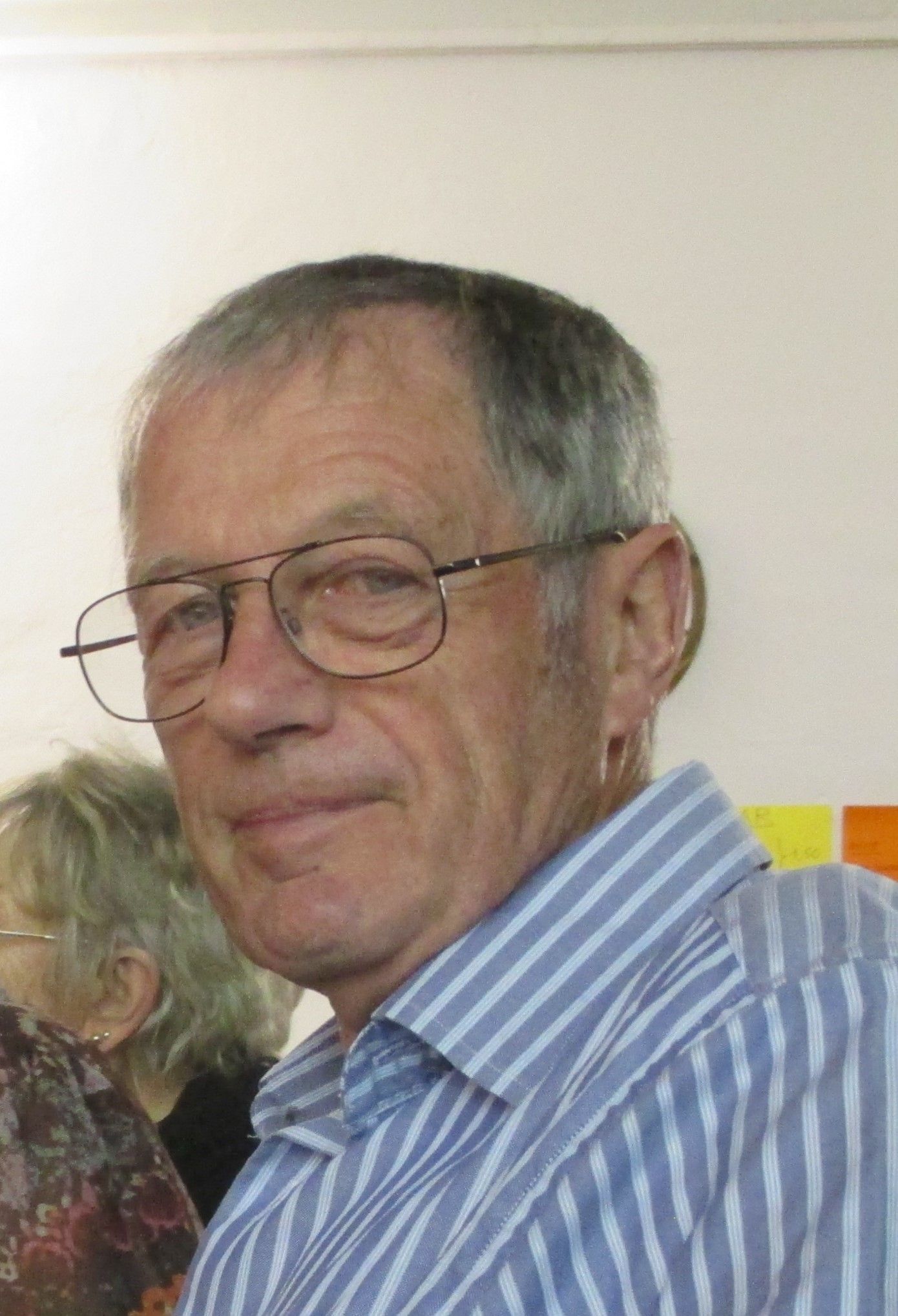 Born and raised in Middlesex. Indentured as a draughtsman with a major engineering company in their London offices. Six months at various power station sites around the country completed the five-year apprenticeship.

Continued working in the power generation sector until marrying and migrating to Canada in 1967. Employed and self-employed as a designer in the steel making, chemical and petrochemical industries.

Purchased and ran a marina in the Kawatha Lakes region before returning to the UK in 1984 with three children to set up home in Poringland.

The first two years back in the UK were spent working in Norfolk on various projects including theatre refurbishment, food processing plant layout and packaging equipment manufacture. Then had a three-year spell in Grays, Essex working on the design of a new factory to produce aerated concrete blocks for the housing industry.

In 1987 joined a company in Great Yarmouth in their planning department helping to set up and maintain computer systems, before specialising in project planning. Worked on gas reception facilities at Bacton on-site and offshore. Finally, on maintenance planning of the local rail network.

When returning from Canada, the difference between the two societies had become very apparent. Leading to a change in political affiliation so joined the Liberals in 1991.

During this time, before moving to Spain in 2006, enjoyed delivering leaflets for the local party and attending their fund-raising events. And, as Membership Secretary, maintained and further developed the (dBase II) membership database.

Since returning from Spain, concerns increased about discrimination, massive inequalities and the associated insecurity and lack of opportunities. These have led to standing as a Lib Dem candidate in the forthcoming county council elections.

Now living in Attleborough; interests developed in earlier life continue with outdoor pursuits such as camping, keeping active and sports such as athletics.

I am standing because I believe the people of Attleborough division deserve a strong voice on the County Council.