In the budget debate at Norfolk County Council Lib Dem Group Leader Steff Aquarone set out alternative priorities for Norfolk. Noting that The Tories are quite obviously trying to manipulate the terms of this May’s elections to their advantage he was clear that they will not succeed because the people of Norfolk deserve better. Lib Dem priorities are set out below.

It’s important for those reading this speech to be reminded that the Tories have increased council tax by 17% over the past four years whilst cutting council services by a massive 180 million pounds.  Despite this, they’ve failed every year to meet their own savings targets.

This may not be a county council that is teetering on the verge of bankruptcy.  But it is a council that is financially sick.  And the people of Norfolk are sick and tired of bearing the brunt.

But before I set out what needs to be done differently in the future, let’s remember what we were facing this time last year when the pandemic was just a buzzing fly, being swatted away by a dithering Government. 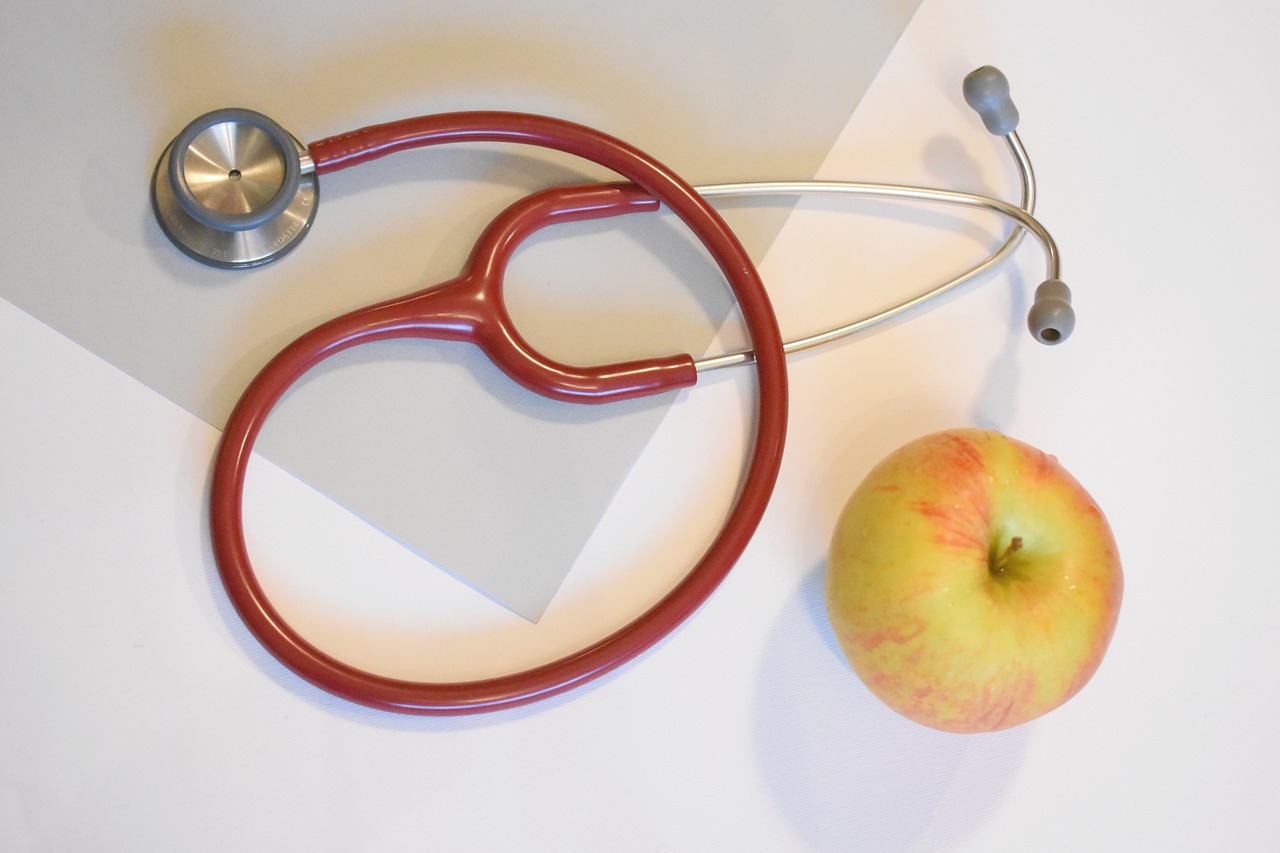 When we emerge from the pandemic, thanks to our scientific industries, and our NHS, we will be back at the start of the major challenges this council needs to face.  Chief among them is the climate emergency.

This needs more than community action to resolve.  This sort of problem is actually when governments can be at their best: when, in the face of adversity, political leaders can command the trust and respect needed to guide society towards a brighter future.

In Norfolk, we’ve been let down for decades by political leadership that lacks vision, and the energy and dynamism needed to make things happen.  I felt this when I first stepped into politics just four years ago, and I’ve found people all over Norfolk of all political persuasions who agree that the time for talk is over: it’s time for action.

And just to demonstrate that this isn’t just yellow on blue party politics: I actually agree with much of what my former opponent George Freeman (a Conservative!) wrote in the EDP this weekend about the importance of a Bold Recovery Plan for Norfolk.

He talks of total digital coverage. Town Centre Regeneration.  Cleaner air.  He could have been writing about our budget amendments.

George goes on to mention our world leading scientific community, innovation, and growth.

He says, and I quote, “For too long we’ve allowed ourselves to be treated as a rural backwater and lacked a clear vision for Norfolk as an innovation county developing the smarter cleaner greener healthier model 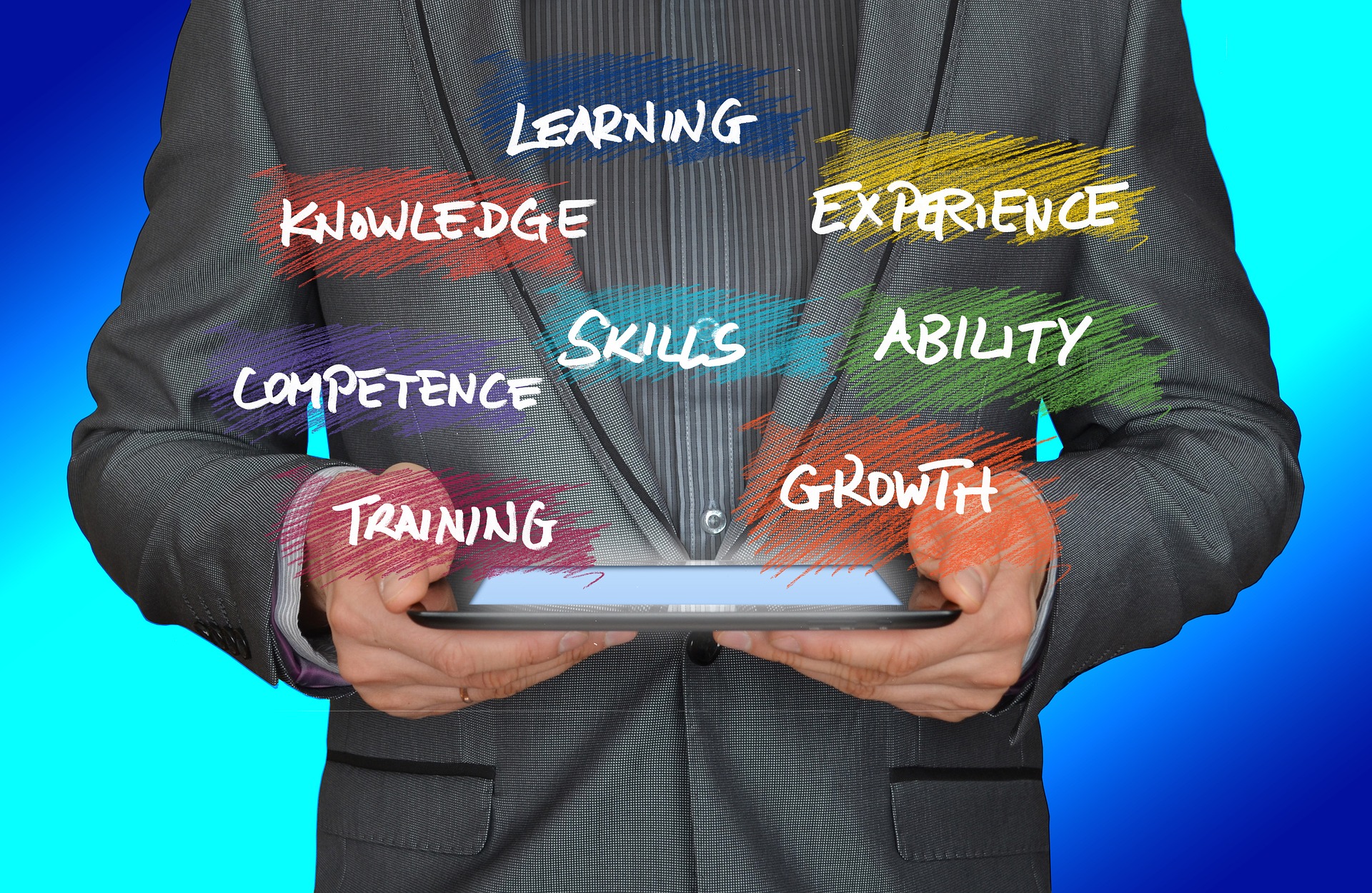 of growth the world urgently needs”.

Fortunately, we have a plan to unlock this potential.  It includes our industrial strategy to give green businesses in key sectors the infrastructure and support they need to grow, and stimulate more manufacturing and high-value industry in our county.

Our plan is also about people, and how we would re-wire council services to put individuals at the heart of service delivery, just like many thriving businesses have managed to do in recent years.

In particular, our plan sets out our pledges to the young people of Norfolk across a wide range of policy areas including the environment, mental health, education, jobs and transport.

Furthermore we have big ideas for zero-carbon public transport that works for everyone, and how to put more power in the hands of local people when it comes to the decisions that affect them.

And our plan to make the whole of Norfolk carbon neutral by 2030 runs through it all like a ‘green thread’.

Now, we don’t expect the Conservatives on this council ever to back something as bold as all this.  Indeed if we’re returned to power in May, we’ll be working within the budget that is approved today.  But these initiatives need a head start, and some of these ideas are just such no-brainers that we’re proposing them in the hope that we can demonstrate what we mean, and persuade our colleagues on the Tory benches that this is the sort of future the people of Norfolk want.

The first of these is a postcard from that future.

Many of us struggle to imagine what a low carbon world will look like – does it mean huge lifestyle sacrifices, or having to avoid travel like we’ve had to do this past year?

For most people in Norfolk, solving the climate crisis is actually an opportunity, not a cost. It should be at the heart of everything the county council does.  Not least because it’s a route to much needed economic growth.  But for the people of Norfolk, it’s also a route to cleaner air through innovative technologies that could improve our public spaces, reduce air pollution in one of Europe’s worst-polluted streets right here in Norwich, and even provide wifi…

If you’ve not seen our postcard from the future yet, then I encourage you to search for the word CityTrees on the EDP website.  Here you will see an example of what Castle Meadow could look like with the addition of the world’s first biotech pollution filter, which uses living plants and mosses to filter pollutants from the air, creating microenvironments of cleaner air that is even showing signs of reducing covid transmission.

A CityTree powers itself via solar panels, and rainwater is collected and automatically redistributed using a built-in irrigation system and can provide a meeting area for people to sit surrounded by clean air.

Polluted air is the cause of one in seven deaths worldwide. CityTrees are an extremely cost-effective way to reduce air pollution levels - each one is the equivalent of planting 275 trees. 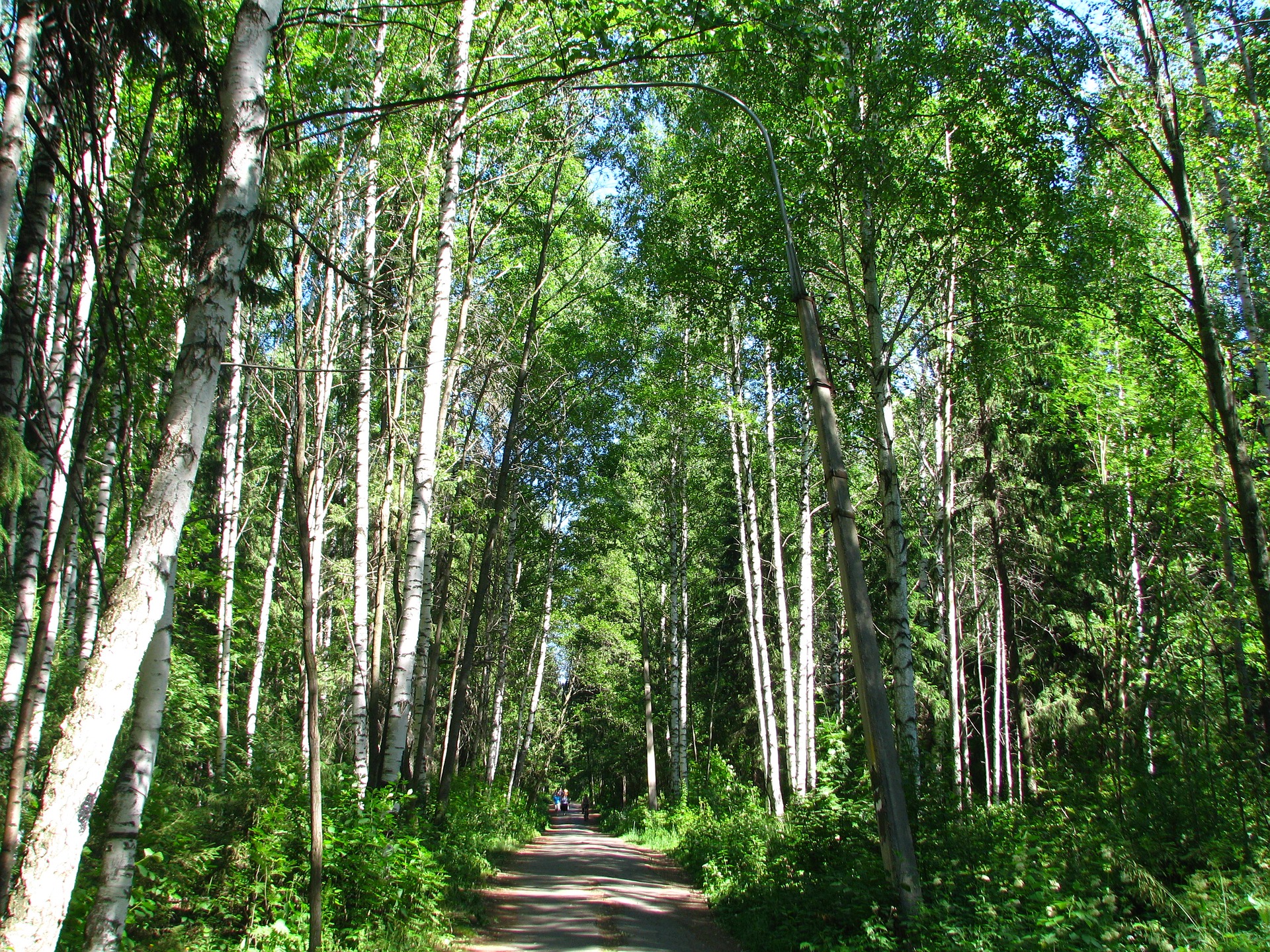 We think CityTrees are a fantastic innovation that would fit well in our city.  This image shows what a truly environmentally conscious council could do.  With Environment and Climate Change desperately needing to be at the heart of everything Norfolk County Council does, we hope this is a no-brainer for the conservatives to show they’re serious about leading the way in improving air quality and tackling climate change in Norfolk.

Overall, Norfolk’s core industries face significant change in the coming years with Brexit and the Climate Emergency two of the main drivers that could cause us to sink or swim.  Businesses need certainty in order to thrive, and in an era of change, it is Norfolk County Council’s job to provide leadership and direction.

One of the most urgent tasks will be to establish the priority sectors for Norfolk’s economy and it is the future, green growth producing sectors that we believe offer the biggest potential: technology-enabled agriculture, advanced manufacturing, and environmental technology – not least to unlock the local boom in energy efficiency that will be needed for this council to meet its commitment of leading Norfolk to become carbon neutral by 2030.

For the many displaced workers from the pandemic, training will be a key road to recovery.  But it’s not just about training people for new jobs.  Business owners need opportunities to develop their leaders and managers so they have the profitability and the plans to be able to create new jobs.  Likewise, we believe we should be proud of our care industry as a leading growth sector, and promote training, best practice and show-casing across the county and beyond in a way that could significantly grow this important sector.

We cannot continue to get left behind as Norfolk has been for the last four years - lagging behind in the creation of new jobs and wage levels. Such limited aspiration and attention to economic growth from County Hall has to change. Norfolk Conservatives have shown over the last 4 years that they cannot deliver the post-pandemic recovery that is needed. It’s time for change.

One million pounds is just a drop in the ocean compared to the work that needs to be done to get Norfolk’s economy back on its feet.  But the immediate injection of this investment, funded by a movement of one million pounds from the Community and Environmental Services Reserve accumulated during 2020 to 2021, will allow this work, in taking the lead, to begin.

It’s all very well having jobs for people, but it’s no good if they can’t get to them.  And piling more cars onto Norfolk’s roads is not the answer.

Since the lockdown, public transport passenger numbers have plummeted further than they had already under the Tories ‘managed decline’, and are yet to recover. 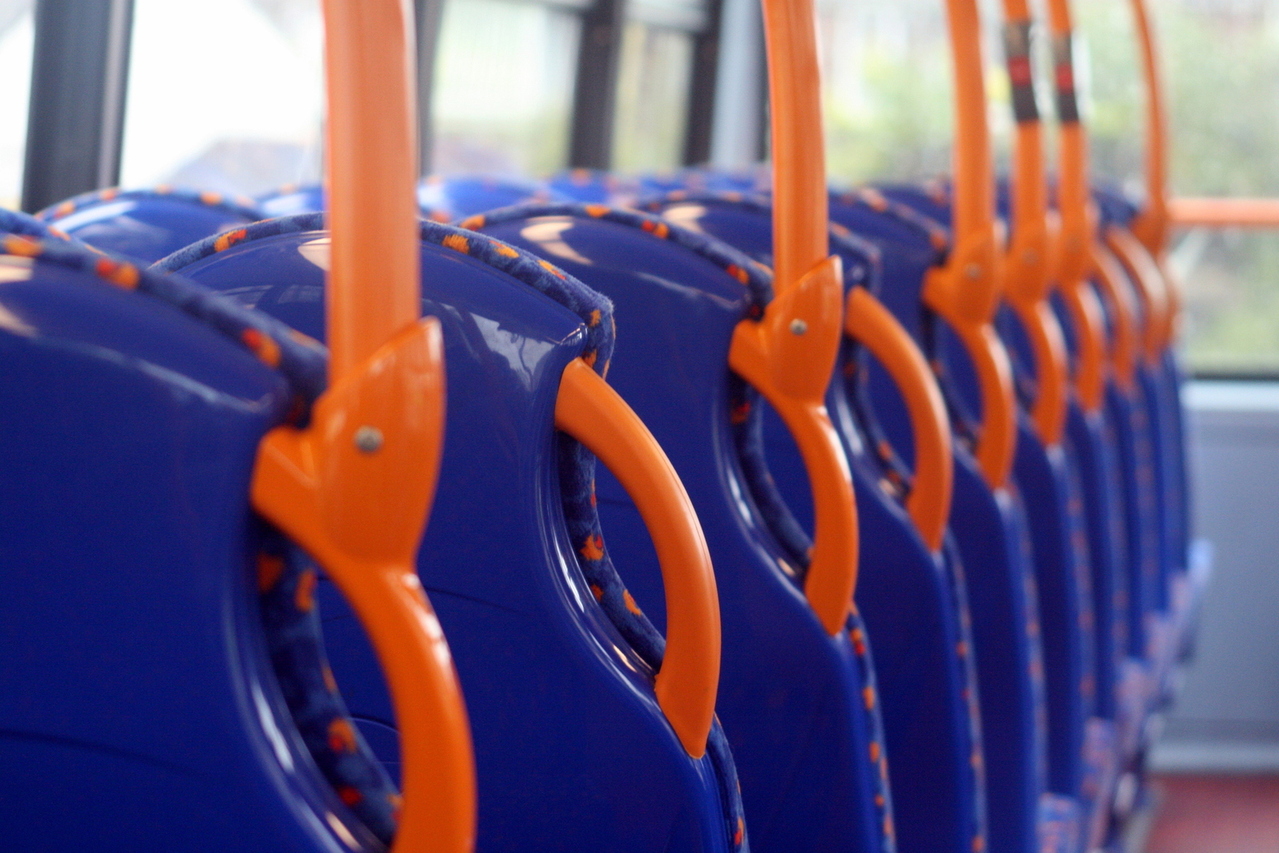 Bus services are vital for our communities and are a lifeline for many of our most vulnerable residents.  But they shouldn’t just be for people who don’t have a choice – in cities across the country, public transport is the preferred option for many.  Yet the continuous cutting of routes and lack of investment have made public transport unviable for most journeys in Norfolk – whether commuting to nearby towns (not just Norwich), going to the shops or heading for a night out.

We have a bold vision for the future of rural public transport that we will announce next month.  But now, the immediate priority is to protect the rural transport services we currently have by making funding available to bridge the period between any reduction in government funding and the return to normal passenger revenues.

We propose that it this council’s responsibility to keep Norfolk moving, and as such it should commit 350 thousand pounds from tranche 5 government funding to provide a bridge back to normality.

Economic growth and public transport are big topics and what I’ve just set out proposes two moves to start the job to be done.

But we also want to do something tangible for the people of Norfolk who have sat, patiently, observing the lockdown rules and keeping their friends, neighbours and family members safe for the past year.

Some of them haven’t sat still mind you – we know Norfolk has had a DIY boom and we applaud the council for opening the Household Waste Recycling Centres promptly after the lockdown restrictions were lifted.  Sadly though, the level of fly tipping we’ve seen has continued to increase and yet this is a small minority of people creating a big mess for others to clear up.  Most people in Norfolk have diligently brought their DIY waste to the tips, but many have built up a lot on their own properties that they are waiting to dispose of.

We therefore propose a one day trial to allow people who carried out home improvements during the lockdown to dispose of the waste for free at the County’s Household Waste Recycling sites.

The trial would be available once people are allowed to travel safely again, across all the County’s recycling centres allowing disposal of up to three items free of charge for a fixed period.

This is a chance for the council to say thank you to those members of the public for doing the right thing during the lockdown when they have not always been able to get to a recycling centre safely to dispose of their household waste. And it can be achieved by allocating £130,000 from the Community and Environmental Services Reserves to the revenue account.

These amendments are far from an exhaustive list of what we would like to change in the way the County council prioritises its spending.  But they are a taste of what we want to see happen in Norfolk, led by a county council with the vision and credibility to drive change.

We commend them to you, and seek your support so together we can show the people of Norfolk we’re working on the issues that matter to them.