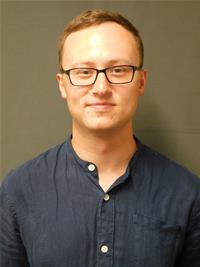 Tim has been a Town Councillor for 9 years this year, and has also previously served as Mayor of Cromer for two terms.
Tim was first elected to Norfolk County Council in 2017 and has spent time in opposition at the County Council scrutinising the performance of Adult Social Care and the Police & Crime Commissioner, besides his work here in Cromer and the villages.
During his work as a County Councillor, he played a role in holding the Conservative administration to account over the disastrous changes to Minimum Income Guarantee and Disability Related Expenditure, which has had a significant impact upon disabled people in Norfolk.
Most of Tim’s work as a Councillor is in the Cromer Division itself, representing residents, businesses, and resolving issues.
He personally undertakes visits to find highways and other public realm defects, including potholes, non-functional streetlights, damaged play equipment and other issues. Along with public reports to him about these matters, this has resulted in Tim being involved with over 2600 such matters since he was elected to Norfolk County Council.
Before politics, Tim ran a business, and previously worked in farming.
Tim also set up the Cromer Cares group, which has helped thousands of households in Cromer and 19 surrounding villages during the pandemic with prescription deliveries, food, and now transport to vaccinations.
Following the crisis, it is my intention to continue the work of this group to support those suffering due to hardship, ill health, or other crises.
Besides politics, Tim is also the Chair of the Cromer Youth & Skate Park Charity, which hopes to install new childrens play equipment in Cromer in the future.
He is also a volunteer with Cromer Carnival and various other voluntary groups.

Can you help get Tim elected? Click here to donate to their campaign!