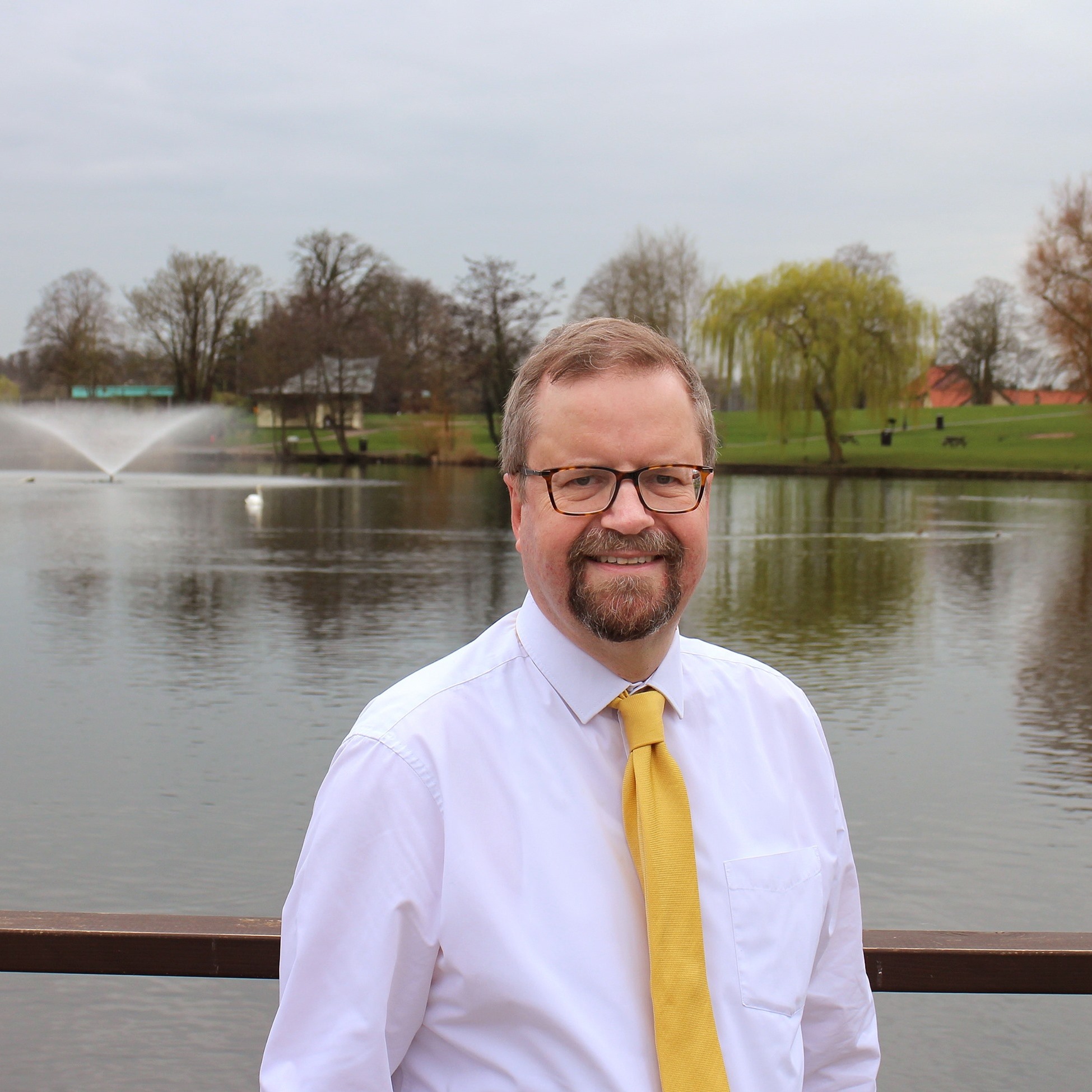 Has lived in Diss for the last 25 years with his wife, Fiona and two (now grown-up) children

Diss Town Councillor for a total of nine years. Has chaired several committees and has served as Mayor for an unprecedented two consecutive terms.

Was instrumental in persuading the Town Council to take over the running of street lights in Diss to stop South Norfolk Council from turning a third of them off.

Fought a running battle with the Conservative-run South Norfolk Council who threatened to knock down the toilets at the Mere’s Mouth. (Spoiler alert – the loos are still standing but the refurbishment had taken ages even before the pandemic struck)

Semi-retired local government officer with a part-time job in a local supermarket.

Has been guilty of performing “pop-up poetry” in the Heritage Triangle under his alter ego, Leo Wainwright.

Has a black and white cat who answers to the name of Louis Armstrong.

Can you help get Trevor elected? Click here to donate to their campaign!